Flora and Fauna of Mt. Lemmon

One thing I have been working on this semester that I haven't really talked about is my scientific illustrations of the plants, animals and occasional fungi on Mt. Lemmon. My goal is to put together a little, super simple field guide for Mt. Lemmon, my local Sky Island. You can visit http://www.skyislandalliance.org/ to find out more about that.

I love the desert, and it seems to me that it's very underappreciated. People like big trees and deer, or beaches and fish, but I've learned to really love all these pointy, prickly, gray, dead-looking, evil plants and animals that crawl and attack me. They're so unique and resilient, it's amazing! I want to spread the love and appreciation I feel to anyone who is willing to listen. . .or read my field guide. It'll be self-published through Blurb.com, and maybe I'll get a bunch to distribute around Tucson. I haven't began putting the book together yet, but here are some of my favorite drawings for it. I'll keep you posted on how it goes. 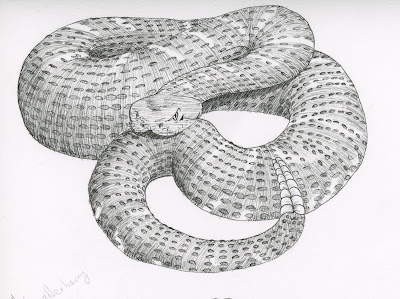 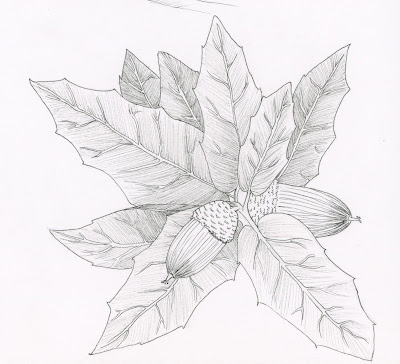 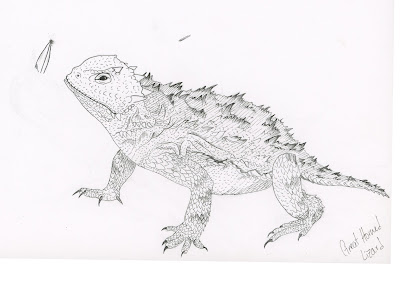 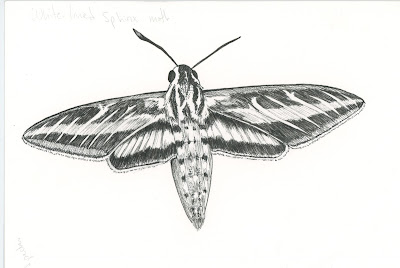 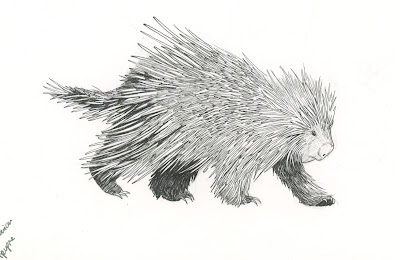 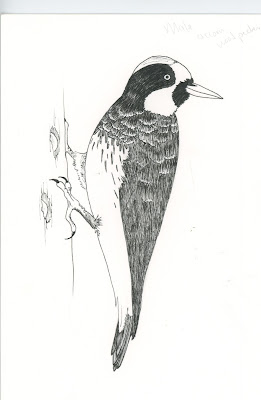 I've been having a very good semester, my job is going very well and even though school is as rough as ever, I've made some work I'm really proud of. It was a bit of a struggle at first, because since it's senior year I felt like I should know my "thing" by now. Looking around the room of my illustration classes most people seem to have a "thing." One draws very uniquely awkward characters, another paints very realistically, another always makes monsters, but me? I do a little bit of everything, some of it good and some. . .well...it impresses people who can't draw stick figures. So should I find my "thing"? Or do I keep experimenting and going way out of my comfort zone like I have in the past? Turns out, I sort of found a way to do both. By taking some of my previous successful techniques and styles and pushing them with new inspirations I made some cool stuff! And some not good stuff, some not good stuff at all. . .but I'll spare you that.

This piece is about how robots seem to be about to take over all the jobs, from the manufacturing of goods, to cleaning and cooking robots, data analyzing robots to a robot that 3D printed a new Rembrandt painting! (I'm not kidding, check this crazy stuff out at https://www.nextrembrandt.com/) What role will humans have to offer? Will there even be a place for humans in a robot-dominated world? The piece is titled "Coffee Meeting." 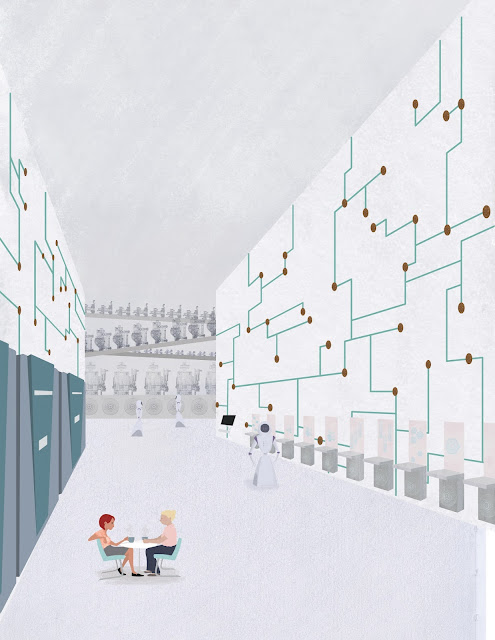 This next piece is an interesting one, it's a linoleum print that I scanned into Photoshop and then colored in. It was an interesting technique, I'm not sure I care for it that much, but it was a lot of fun to make! This piece is an illustration for the short story Brasalina, by Poe Ballentine, about a young Brazilian woman who marries a very old man and goes to visit her new grandchild, she is wild, irresponsible, and full of life, but there's a very morbid reason for her reckless behavior. 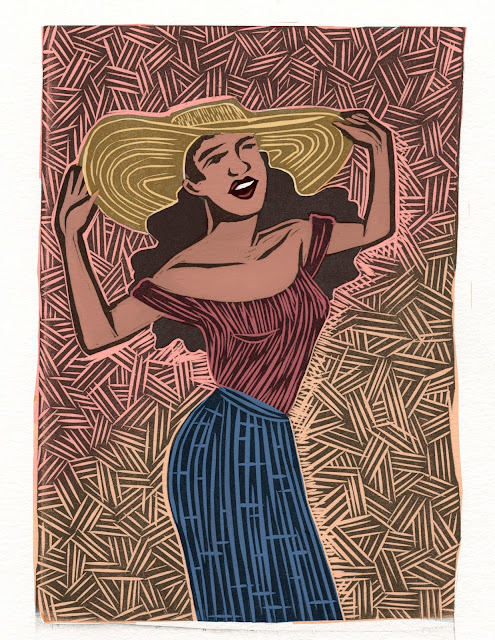 This was the outcome of a very interesting assignment; the class was partnered up and we interviewed each other in order to do a portrait of the other person. The woman I partnered with is from Taiwan, but she moved to Arizona for school. I never talked to her much, even though we've had most classes together for more than a year now, and it was amazing to get to know her. Since we were conducting interviews I could skip the small talk and get right into what she likes to eat, how she feels about her roommate, how she feels living in Arizona as an immigrant. For a precious moment I got to know a human being in a very personal way, sometimes I wish people could be that open all the time, that we just ask each other about our fears and our hopes and what kind of tacos we like without it being too bold or inappropriate. 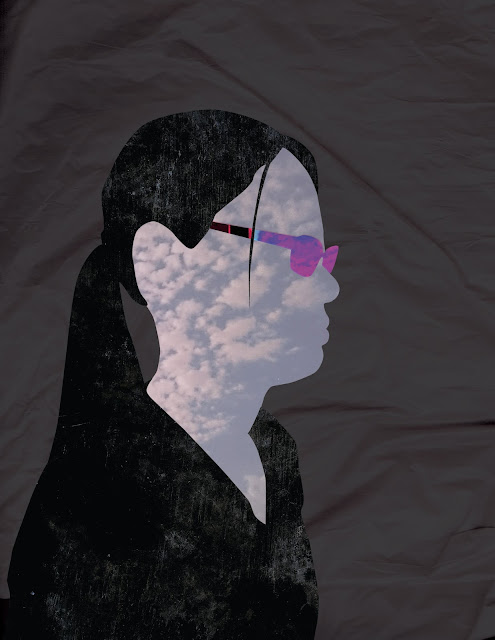 This last piece had been my life for two weeks, I took on more than I could handle, and that's how I ended up printing and cutting this thing at 2am last Thursday, just a handful of hours before it was due. But it was still not an all-nighter! I'm proud to say I have never stayed up all night! (In order to complete a school assignment anyway, I've been to sleepovers and parties where I stayed up till sunrise, I'm not that lame). This was way more work that I expected it to be, but I had a lot of fun doing it. I've recently started getting into graphic novels like Paper Girls and Nimona, so I was inspired to make a little graphic novel myself. I present to you "The Adventures of Awkward Mermaid: The First Date" Click on the picture to make it bigger. 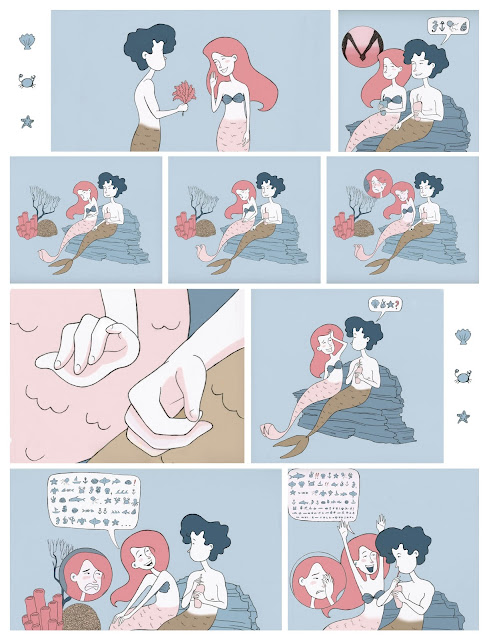 Posted by Di Vasquez at 6:38 PM No comments: